My co-workers have grown accustomed to my photography; it is a useful, serviceable tool. I tell people the truth: I am a serviceable photographer but not an artist. Send a shoot list with me to an event and I'll return with good, documentary photos that serve your need. A few will be truly good, and every now and then I turn out something extraordinary, even by my standards.

When I'm asked how I learned, the answer "I come from a family of photographers" rolls easily off my tongue. My uncle and my sister both were -- and are -- excellent photographers, but my memories of sitting in a darkroom as a child have little to do with where and how I point my camera now. I think the real answer is that I was given a camera at such a young age that I became fearless with it, and was never told I couldn't do it.

I've always wondered if there was a parental discussion before the camera was given to me. Paramount in parents' minds when allowing a child to play with an expensive toy is the question, "Will it be broken?" 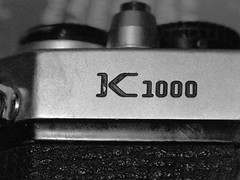 The answer is no. Whether or not I had been reverential, and generally I was, the Pentax K-1000 had one thing going for it: it was a tank. It was a metal casket for film. It survived a child's hands, occasionally careless teenage handling, being dropped, being hit by football players, and drunken college parties. I shot with it all the way through college -- unheard-of in today's age. When digital cameras see forced obsolescence in a hand's-span of years, this one saw decades.

I had years to grow in bravery. I must have started out with someone else loading the film for me, but I no longer remember that. I do remember the day I realized that without film, I could just open the back of the camera and fire the shutter over and over, absorbing through repetition how the system functioned. 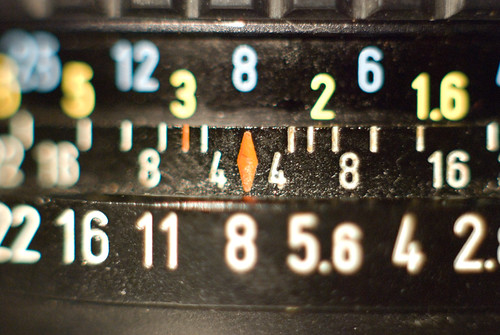 There is a visual rhythm to a manual camera. Focus, meter, f-stop, shoot, wind. I love shooting digital now, but I do sometimes miss the tactile pleasure of loading a roll of film, and the faint chemical odor of freshly-developed negatives.

Ever since getting the Nikon in October of 2007, in the back of my mind I knew it was probably time to do something with the Pentax, because on some level I knew I would never shoot with it again. I hesitated selling it, and recently it hit me: John Wilson was still shooting film, and loving it. I kept the knowledge in my head until a shoot when I realized my hands no longer automatically attempted the twist-untwist pattern of the Pentax lenses, but had adapted to the Nikon versions.

It was time to let it go.

I'd love to believe that inanimate objects absorb something of the lives they inhabit. Tonight, I cleaned each of the lenses and held each of them up to my eye, one at a time, wishing it were as simple as turning the lens around backwards to be able to see backwards -- not just in space, but in time.

I'd find a younger version of myself squinting through the other side. 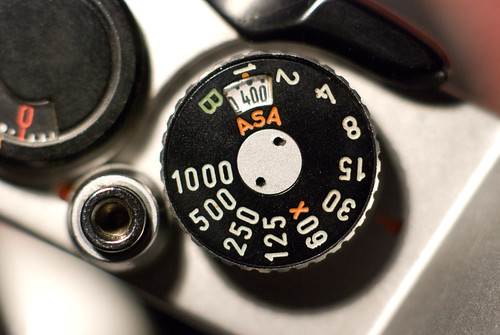 Tonight I'll pack my camera of over a quarter-century and ready it for a one-way journey to Minnesota. For so many years, what it saw was what I saw, and it's odd to think that its eye and mine are diverging for good.

I hope it sends me pictures every now and then.