My time in Portland marks the first time in my life living anywhere other than a humid subtropical climate. Relocating into a temperate zone has forced me to rethink my relationship with the sun, in ways both expected and not.

Living here has redefined my concept of summer. Gone are the blazing, boiling concoctions of the American Southeast, which are best avoided between the hours of 10am and 7pm. The habits of the southeastern sun were ingrained on me in ways I didn't realize until I changed where I lived; now there is no reason to avoid the outdoors during the heat of the day. While you might sweat, and perhaps gain a sunburn if you try really hard, summers do not come with automatic discussions of heat indices and heat exhaustion.

One of my first purchases as the summer of 2014 crept upon me: blackout curtains.

Latitude leads you astray in the Pacific Northwest. In summertime, it is nudging you awake with a 5:30am sunrise, and pushing you to keep going until finally, out of exhaustion, the sun gives in and slowly drifts to sleep sometime around 9pm. The angles of light mean long stretches of twilight: 4:45am wakeups from spoiled cats believing they are on the brink of starvation, and puzzled looks from tired worker bees at 9:45pm wondering why they're so tired when it's still not dark outside.

Portland changes with the omnipresence of light. As the winter rains trail off, and the sky blues itself once again, festival season begins. The combination of latitude, light, and festivals make for a frantically busy summer season. You circle the tiny parking area for Vista House hoping for a parking spot; you get to Multnomah Falls early in the day before the parking lot is closed entirely. The roses bloom. The weekends become a blur of celebrations: cider, beer, international beer, organic beer, Latino food, local berries, concerts, neighborhood craft fairs, and local art. While the rains are gone, Portland conducts its business outside. 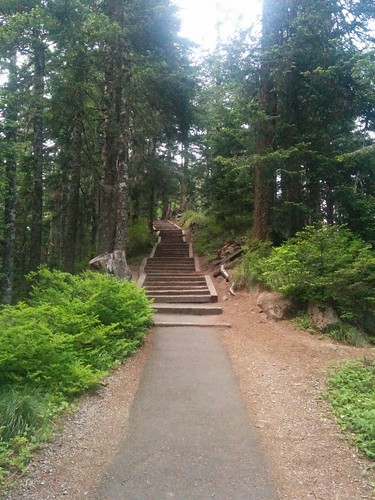 Path to the top of Sherrard Point
by domesticat.

Around August, the shortening of day becomes enough to register: oh, look, it's no longer bright at 9:30pm outside any more. In August and September, the dark begins to bite the tails of the festivals, sending most of them scampering away for the season. Thoughts start to turn to scarf collections, and preparations for warm toes, as the sun gets lazier in the sky. 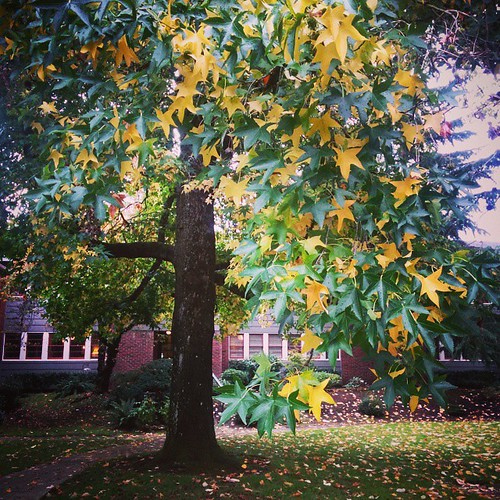 Tortoiseshell tree. Every leaf is making its own color decision today. #fall #autumn #portland
by domesticat.

By December the sun, exhausted from its summertime romp, seems to clear the horizon almost grudgingly, putting in an appearance around 7:45am and giving up by 4:45pm. Days feel permanently shadowed and grey. Nighttime walks glitter with the reflected light of streetlamps, seemingly eternally lit, on wet pavement. 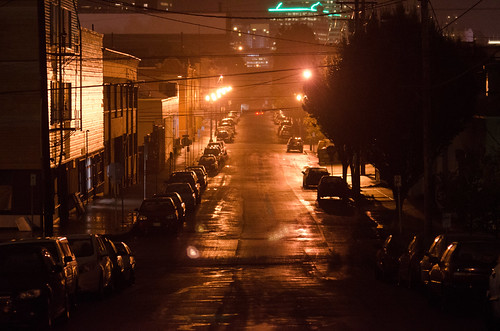 Time to drive home
by domesticat.

Those working eight to five may only see the sun -- if it isn't cloudy -- on lunch break.There are festivals, still, but in defiance of the dark. The Catholic church on the northeast side of town performs nighttime caroling for a month straight; the Holiday Ale Festival encourages you to wear your silliest holiday gear while inebriating yourself on spiced beer. 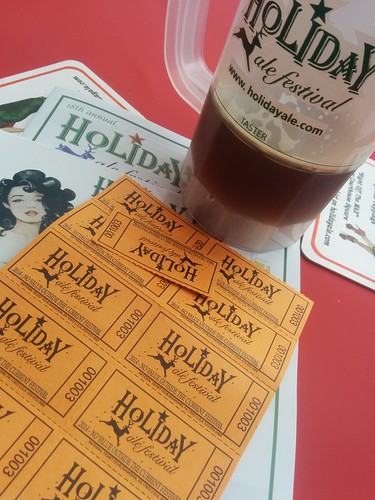 Here's to Portland, where on a gorgeous late-summer day, I'm pondering galoshes.