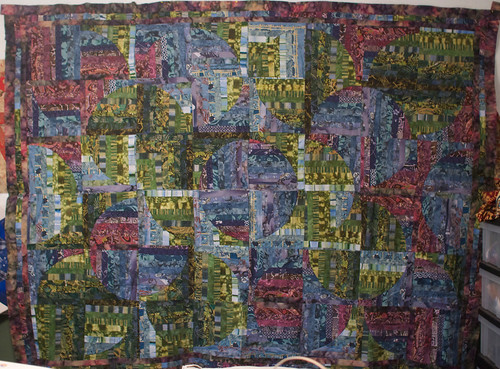 Now, what to name it?
by domesticat.
Photoset:

Blog entries referencing this quilt:
Some assembly required
Recipient:
Jen and Jerry
Pattern:
Strips and Curves
Level of completion:
Completed and given away

I've posted a lot of projects on this site, but this one is hard -- hard enough that it's been many years in the making, and I'm only just now talking about it.

Hyperspace Bypass was my second attempt at quilting, and it was very nearly my last. It was too technically difficult for me at the time, and while I did my best, it didn't work out the way that I wanted it to. In perfectionist terms, I knew what I had to do: I packed it up and put it away. I've been dodging this quilt top ever since, and it has bothered me more and more throughout the years.

I decided, late in 2012, that I needed to stop hiding this top and, perfect or not, it wasn't doing anyone any good sitting folded away, unfinished, on a shelf. I sucked it up, pulled it out, took pictures of it, and posted it.

It'll end up going to an old family friend, someone who has known me since I was a child. 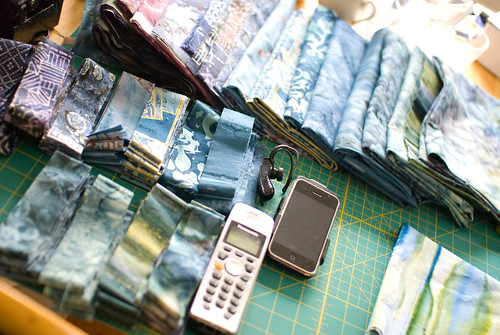 Progress, part 1: the strips
by domesticat.

and realize how much has changed over five years. In some ways, it's better not to think about it. Therein lies a path of sadness. Better to just focus on the strips of fabric waiting to be cut, 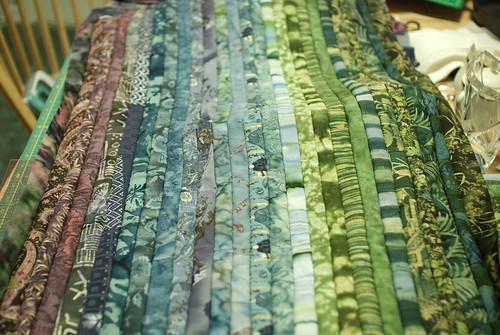 celebrate the years back when I laid my pieces out on a couch because I had no design wall, 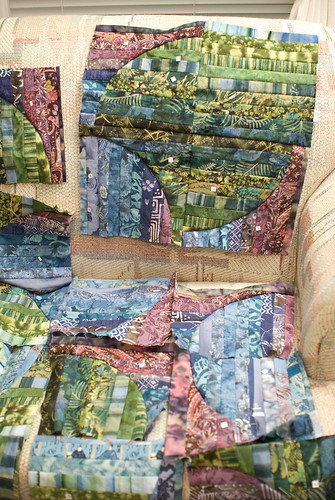 and stepped back and did my best. 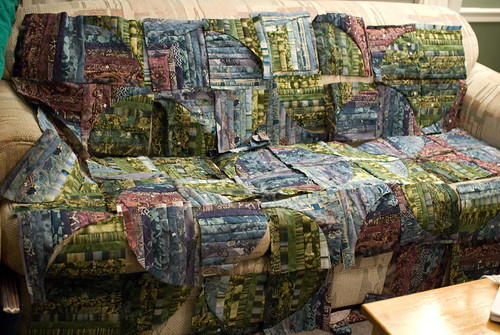 Some assembly required
by domesticat.

I've learned a lot since I worked on this quilt top. The edges will be wobbly-wavy. I can quilt a good amount of that out, if I'm careful. But I also look back and see things that are my hallmarks now, in positive ways, like pulling out every scrap of the stratas, and finding ways to work them into the quilt: 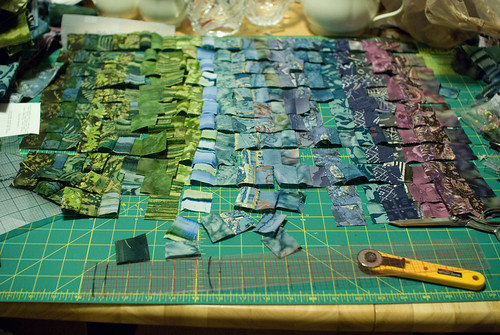 Whatever you do, don't sneeze
by domesticat.

It isn't perfect. I've learned so much since then, and learning to forgive my mistakes is hard. I cringe at showing anything that's less than perfect, but I hope that by talking about it, and talking about the process, it makes other people braver about trying new things. No one wakes up knowing how to do a craft; it is learned by time and study and practice and failure and flubs.

It's fitting that while this was my second quilt top started, it will be my 42nd finish.

I love that your second

I love that your second attempt at quilting involved endless narrow strips and curved piecing. Sure, you're seeing all of your mistakes, but from here it looks pretty fantastic. The name is wonderful - I'm a Hitchhiker's fan, of course. In fact, that's the origin of my email address.