I'm far enough along on Discothèque that two photos placed side-by-side give you an idea of what I'm attempting to do. The plan is to have six columns of color, with each column fading from 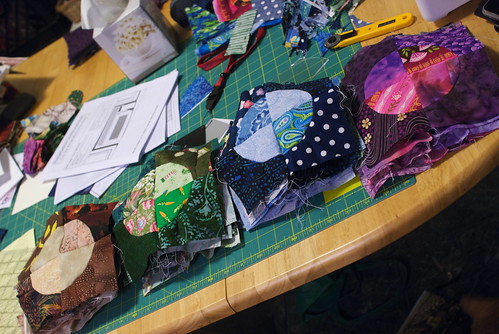 The far side: light interior, dark exterior
by domesticat. 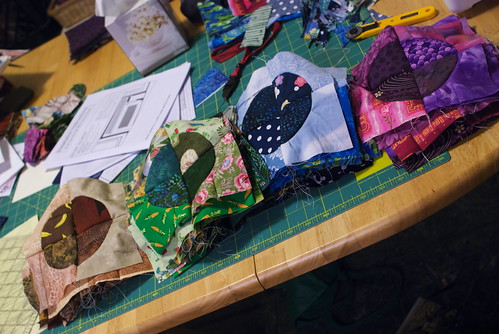 Missing: the red-orange column and the black-and-white column. The bonus? Cutting out the background pieces for a Drunkard's Path pattern means you end up with smaller pie-shaped pieces that can be used for another quilt.  I'm thinking that one will look very different: brightly colored circles floating on a neutral (white?) background.

Discothèque doesn't know it yet, but she's going to have a baby sister. No idea what to name it, though. Ideas, anyone?

I'm half-tempted to call it

I'm half-tempted to call it "Waffle House" -- for where you go after a night of dancing.