I've been putting it off because...

But here I am. It's been over a year since I've touched this project ... it's time to get started. I've had a design in mind for some time, but it took a while to articulate it into even a simplified design -- each time I drew it, it got simpler and simpler and simpler.

It has simplified itself into a tiny color palette. The largest stars will be subtler than this -- possibly two-toned? but the intended effect is visible: a medium-on-dark star and a medium-on-light star, circled by stars of the opposite tone, with a medium-on-medium center star.

Send help, because this beast will be 100" square and there's no way to get out of hand-stitching down all those points. I bought the backing fabric this afternoon (Moda's "Primitive Gatherings" from their "Primitive Muslin" line) and I'll pick up freezer paper when I hit up the grocery store. 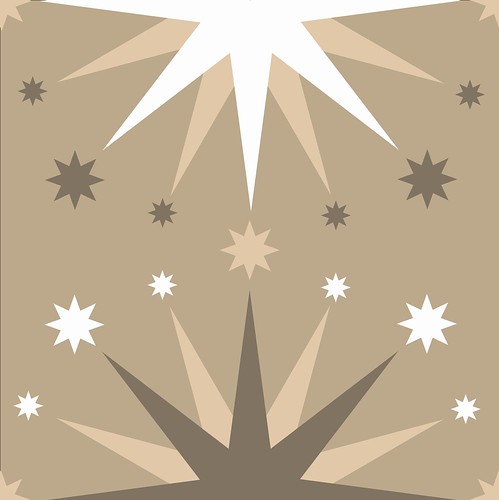 I won't grow if I don't keep pushing myself.