Birds in the Air 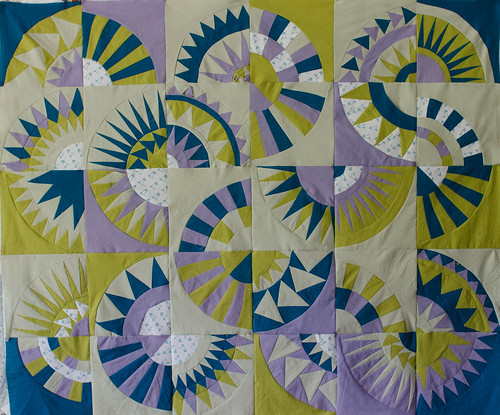 Recipient:
Pete and Thea's daughter
Pattern:
New York Beauty
Level of completion:
Completed and given away

It's unfortunate that this quilt didn't get chronicled at the time it was being written, because its construction deserved discussion. "Birds in the Air" was a milestone for me; it was my first lesson in drafting New York Beauty blocks (which Adobe Illustrator makes easy!) 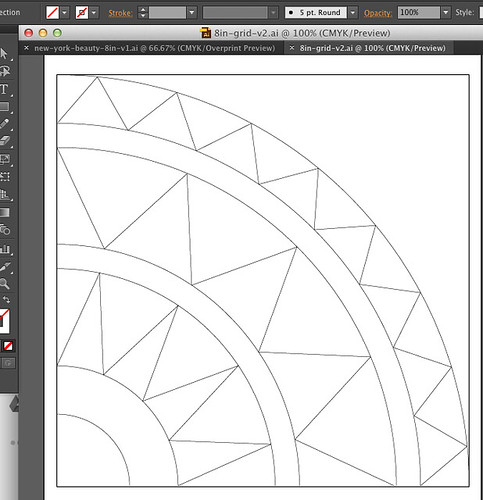 and translating them into reality: 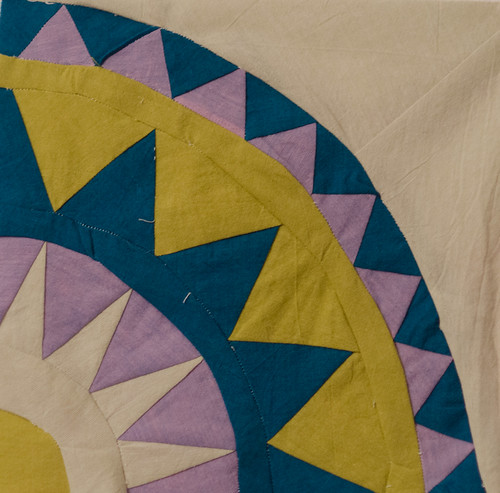 As with much about quilting, I learned that it was more painstaking than difficult -- and that these blocks REALLY needed to be ironed before I photographed them.

My goal with this quilt was to do something simple and small that could be hung on the wall after the Pete and Thea's daughter got older. I would love to tell you about the process of putting them together, but I remember little of it. I have photos showing the steady march of construction: 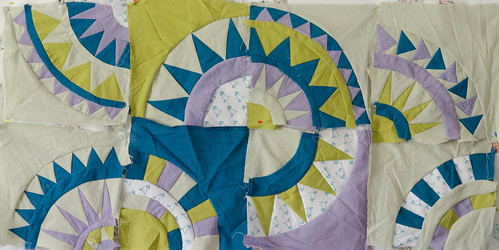 The crazy, so far
by domesticat.

but almost no notes. It went together quickly, in a time of massive emotional upheaval and physical illness. I had a hard deadline of my company's all-company meeting, and it would be my one shot to deliver the quilt. It didn't matter how many hours it took (a lot) or how sick I was (worst non-pneumonia case of bronchitis I've ever had) ... it was going to get done.

I kept the same limited color palette for all of the blocks, saving four blocks with dark backgrounds to be the corners:

echo quilted it, and finished cleaning up the bound edges and ragged threads the night before I boarded the plane. It bugs me a little that I don't have photos of the quilting, or the finished bound quilt, but not every quilt project lets you dictate the timeline.

It ended up being the last quilt I finished in Alabama, and marked the end of an era.