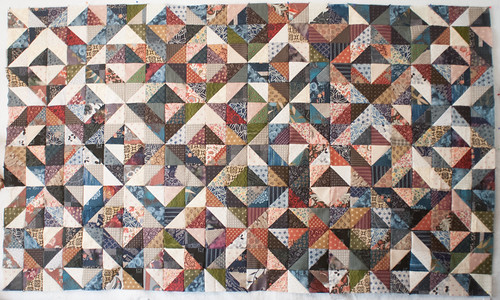 Recipient:
Katherine's son
Pattern:
Half-square triangles
Level of completion:
Completed and given away

This morning, while working to finish Invariant, I found myelf reflecting on the travel schedule I've been maintaining over the past year and the conflicting effects it's had on my creative time. My stash has picked up fabric from Denmark, Oregon, Massachusetts, Minnesota, Colorado, Holland, and England. That same travel schedule has made it very difficult for me to actually work through the projects in my head, making me feel that I am "unproductive" when, in fact, I'm just not at home long enough to dig into anything larger than what I call a "snack food project."

I paused a moment to add it up, and the rough napkin math says that I have been either out of state or out of country 13.5 weeks of the last 52. That's a quarter of the year. When I flipped back through the calendar, of course it made perfect sense; I remembered every trip, every airport, and nodded and said yes, those were real trips -- but the cumulative number had never dawned on me until I counted. That's just over three months.

No wonder I feel like I'm not accomplishing the ideas in my head. I'm not home to do them.

One of the trips I took that just barely missed the cutoff date was a January 2012 trip to Boston that let me swing down through New York afterward. Colter and I wandered around lower Manhattan, having hot chocolate and ambling from store to store. We traded interests; he wandered into guitar shops 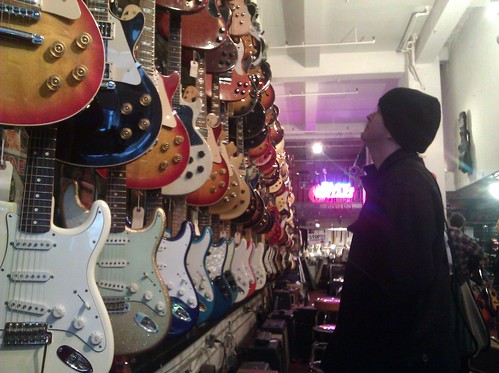 Colter at the temple
by domesticat.

and I wandered into fabric shops. (Quick, everyone find your shocked faces.) 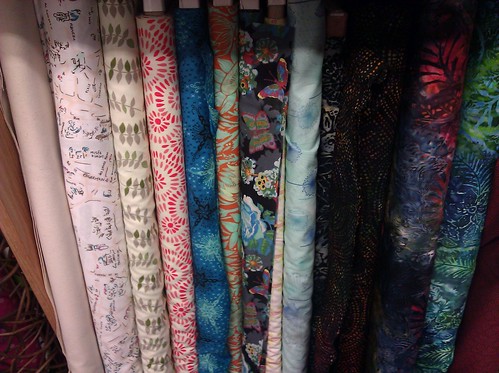 Also, that hot chocolate from City Bakery? It's the most decadent hot chocolate I've ever had. If you're in Manhattan on a cold and blustery day, you should get some. 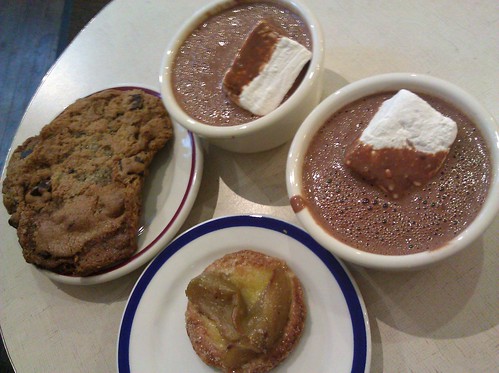 I managed to catch four Broadway shows over the course of a weekend (Godspell, War Horse, Book of Mormon, and Wicked) and came home with two packages of lovely Japanese kofu squares in heavy, linen-feel neutrals: 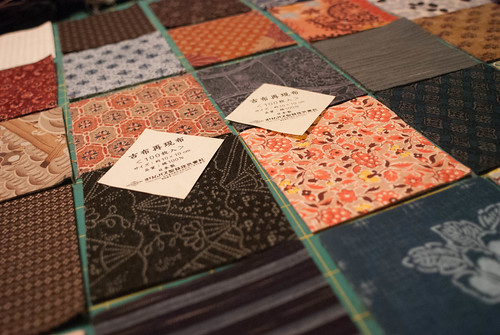 Didn't have a bloody clue what to do with them, so I plopped them on the shelf and took them out and fondled them periodically to see if ideas came to me. For months, nothing did.  (--Huh. Truth be told, that photo's from October 2012, and since I didn't start cutting into the fabric until early March of 2013, I sat on the  fabric for over a year before I cut into it.)

I noodled around for the longest time with the idea of cutting the squares in half, into what's known in the world as "half-square triangles," and reassembling these low-contrast triangles together into a subtle pattern. I liked the idea but couldn't settle on a single pattern, until I stumbled on http://finitegeometry.org/sc/gen/bdes/ and stared at the 4x4 grid composed of half-square triangles. Half black, half white, with the word "invariant" underneath. (In mathematics, the word refers to a type of object that doesn't change when certain transformations are performed on it. )

I woke up the next morning and the idea had stuck in my head, which is usually the hallmark of "guess what, start sewing, because you've already chosen and you just haven't admitted it to yourself yet." I tried it out to verify that it would work, and it did: 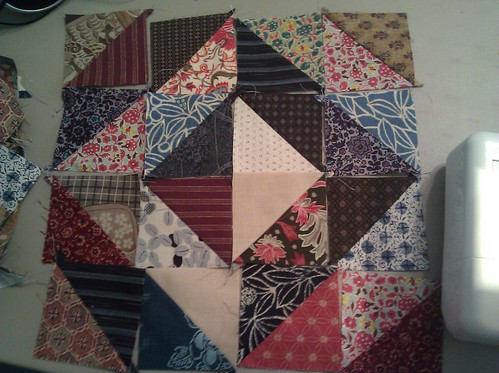 and confirmed that the pattern was still visually interesting when repeated: 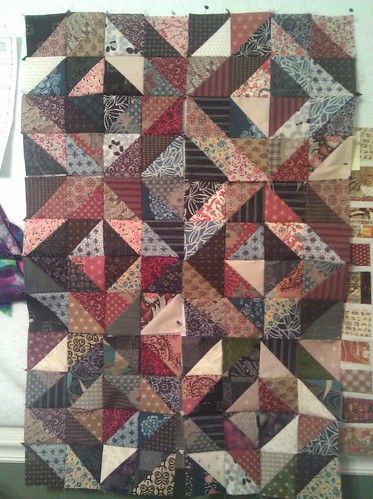 Then, of course, life had to throw a roadblock. For once, it wasn't travel; it was ripping up the flooring in the entire house: 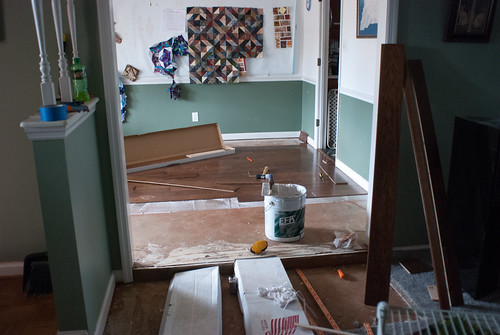 The pieces waited on the back wall while the carpet in each room of the house was replaced, one by one, with hard flooring. 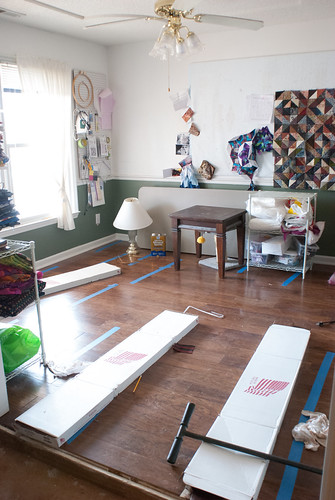 Where we'll store things
by domesticat.

Unsurprisingly, after I got my house back, a weekend to rest and recover and I was starting to nibble away at the project again: 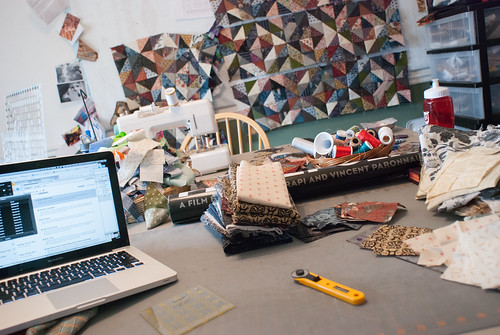 While still unfinished as of this writing, I don't fly again for a few more weeks, but I think I can get this one quilted and sent out before I travel again. In the long term, the travel is satisfying and enriching for me -- my longtime lust to see the world has been amply documented over the years -- but in the short term it is hard to see past the unfinished ideas I've been building up.

This idea, at least, is finally starting to see the light of day, and I'd be well-served to remember that the only person who puts this kind of pressure on me is ... me.