This Heart Fights the Good Fight 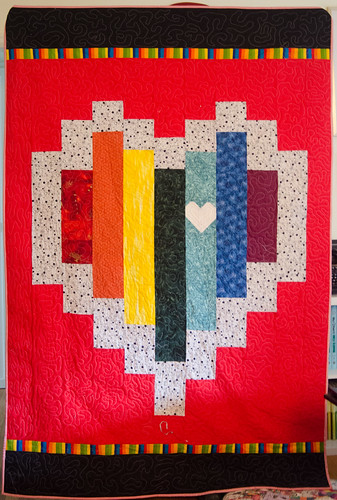 This Heart Fights The Good Fight
by domesticat.
Photoset:

I started by cutting the fabric for what would become this quilt, as well as its brassier, brasher twin, Queer as Fuck. The two quilt tops were cut in tandem, 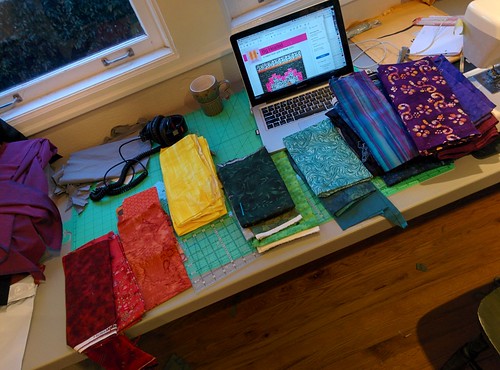 sewn in the same week, quilted in the same manner, use Marimekko backings I brought back from Denmark years ago, and were mailed out on the same day. They are fraternal twins in every sense of the word; change the background colors and the backing, and they are otherwise identical. Both contain messages that have meaning to the recipients.

This quilt went to the same family as Cat's Cradle, but for very different reasons; one is for the children and one is for their mother.

All of these statements are true:

If you want the definition of a heart that fights the good fight, it's the mother of a transgender child in Alabama.