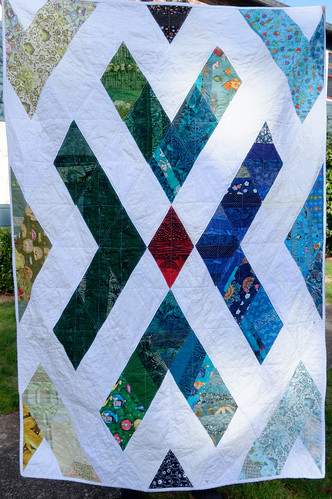 Spare photo, outside
by domesticat.
Photoset:

Recipient:
Olivia
Pattern:
60-degree diamonds
Level of completion:
Completed and given away

On a scale marked "zero to delayed," this quilt is an astonishing number of years overdue. Some number of years ago, I gave Octopus' Garden to my then-coworker Sam's firstborn. When his second child, Olivia, was born, I asked him what they'd want for a quilt for her. Noah and I had just gotten back from our trip to China, and Sam's response threw me: "Tell me the story of your China trip in fabric."

The problem: we hunted for quilt fabric in China, and we didn't come away with anything delightful. Even silk. We struggled to find sellers who would negotiate with us on price, and we kept getting quoted prices that were what we'd expect to pay retail in the US. In the end, what I expected to be a fabric haul was much less: a single swath of silk that I have since turned into a beloved silk robe. No quilting cottons, though.

I thought a lot about what would represent China to me in terms of fabric, and I realized I wanted something like the patterns we saw in either the Confucius Temple: 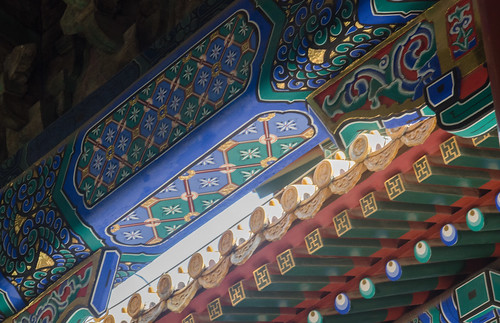 or the Longevity Pavilion, located in the Temple of Heaven, which I will happily say is my absolute favorite moment from visiting China: 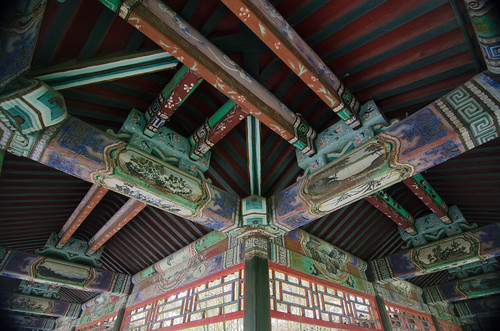 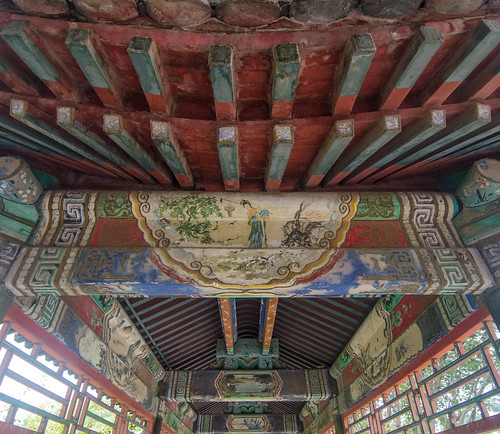 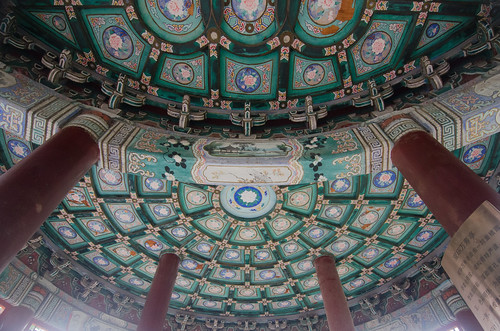 I went digging for fabrics with patterns like these, and it took me a long time to acknowledge to myself that they just didn't exist.

Instead of getting off my ass, making decisions, and finishing the project, I dithered and procrastinated for a few years, hoping the perfect fabric would appear and give me an idea. It never came.

Last summer, I decided it was time to start the emotionally fraught process of dealing with my bags of quilting scrap - of COURSE I brought those bags of scrap with me from Alabama, quit giving me that look - and I randomly decided to make 60-degree diamonds out of the shapes. Not the easiest or sanest pattern piece to start from (45-degree diamonds might've been wiser in hindsight) but the project gave me permission to root through old, old, OLD scraps, turn them into something fun, and deal with the bags once and for all. 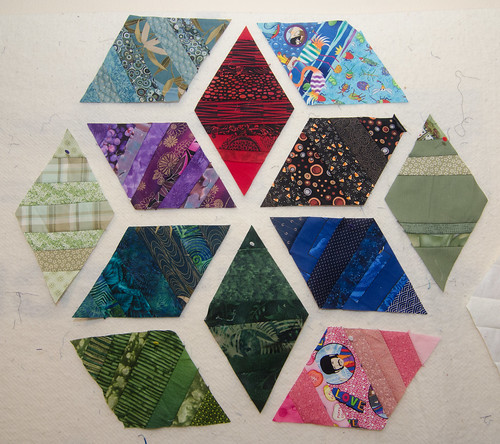 I dug hard into the pink / purple / blue diamonds for Moissanite, and after that project wrapped up, I realized I had a lot of green, yellow, and teal scraps left. It took a little while for the light bulb to go on in my head: the sibling to this quilt ALSO used yellow-green. Did I have any left? Could I incorporate it here? Could I use it as a springboard in some way? Answer: all the yeses. 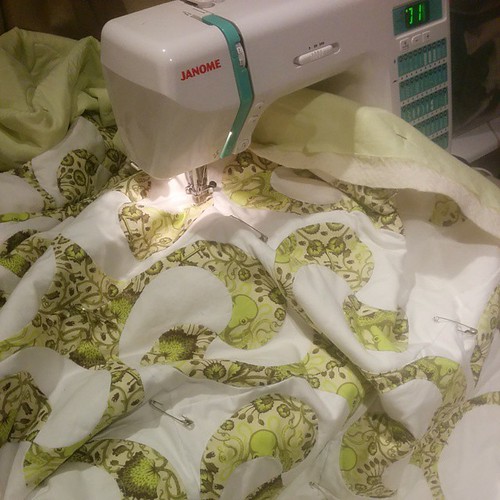 I started playing with diamonds to find some sort of flow, while trying to hold to my promise of "no new fabric." With one important-to-me exception, everything on the front of this quilt came from those overflowing scrap bags. I realized partway through that I wasn't just telling the story of China, but instead I was telling the stories of many past quilts.

The one concession I made to fresh purchasing felt poetic. I had the yellow-green octopus fabric in the quilt, to tie the sibling quilts together, but I had a gap that called for a pale aqua fabric. I had nothing that worked, and the octopus fabric was (to my delight) still available in exactly the pale aqua color I needed. It felt like fate, and a message to the girl who will grow up with this quilt:

BE YOUR OWN OCTOPUS.

I showed Sam what I had in mind when he visited here a few months back. Without going into a story that isn't mine to tell, suffice it to say that Sam's had to make some hard choices in the last couple of years to prioritize his mental and physical health. I'd hoped to have the quilt ready for him to take home when he visited, and it just didn't work out; instead I had a half-assed assembly of a quilt top on the wall and no idea what to use for the backing fabric. Nothing fit.

I pulled out all the backing fabrics I still had and said, "Do any of these delight you or speak to you? If yes, that's what I'll use." He flipped through everything I had, and I had about a half-second of ohmygoodness I think he's going to pick...  before he settled on a fabric that immediately made me laugh with the rightness of it.

Some number of years ago, Jacob and I worked on an Egyptian-themed quilt for his mother. Sourcing Egyptian-themed fabrics was a painful process for us; Egyptian fabrics were out of fashion in the quilting world at the time, and no one had done a series in easily 15 years. We sourced the fabric a quarter-yard at a time from sellers across multiple continents, and only barely had enough to do what we wanted. Those scars lingered.

Fast-forward a couple of years. A mutual coworker of Sam's and mine - JJ - had a house fire shortly after his wife had a stroke. She would eventually recover (and the house would eventually be fixed and livable again) but while she was in the hospital, JJ needed people with crafting knowledge to come over to his house and help sort through what was in the basement. Everything was wet and smoke-damaged, and the fabrics were insurance writeoffs, with two exceptions I was determined to save somehow: 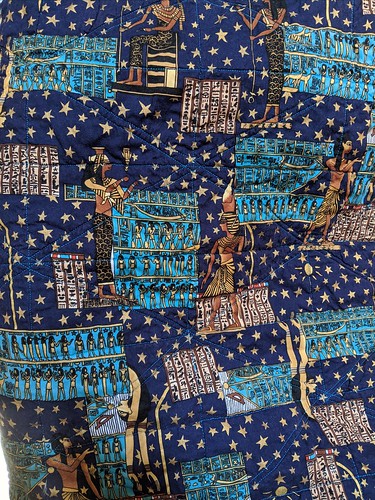 Sam's choice felt immediately right. Our stories take very different paths, but we both carry back stories involving the need to rebuild our lives. I've always loved the idea of placing touchstones in quilts; fabrics that serve as oblique references to me, or the recipient, or a wish I have for the recipient. If that fabric has a motto, it's this: things go wrong, but things can be salvaged.

If we're making wishes for a child's life, "things go wrong, but things can be salvaged" and "be your own octopus" aren't exactly the worst. It's not a writeup of my time in China, as I originally agreed, but I think it's a better and more satisfying story.

Also, oh my goodness, do I have more scrappy diamonds to use up...