What you cannot legally have

We've been in the process of gathering our materials to start the second round of the Oscar Project, and we've both agreed that one of our failings in the first round was a lack of contemporaneous note-taking during the process. By the end of the massive movie list, some early parts of the project were a bit blurry around the edges.

For birthday / Christmas / great justice / etc, Noah and I have decided to double down on movies for the next year or so:

1) The kickstarter to preserve Movie Madness hit its goal, ensuring that insanely-great movie resource remains within walking distance of our home.

1a) Our kickstarter donation means we get free rentals for quite a while in 2018.

Date night is a bit overblown for what we do. If what you're doing is more accurately described by "grabbing chow" instead of "going out for dinner," consider throwing the moniker 'date night' out the window.

On our way to Jason's Deli for sandwiches and salad bars, Jeff mentioned Stephenie's tweet. We weren't the only people we knew heading to see Benjamin Button that night. 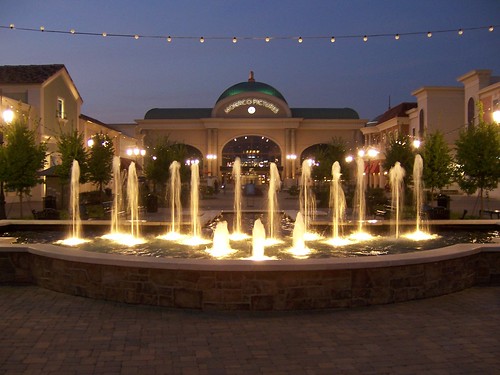 The Monaco has tapped into something that was missing here in Huntsville: stylish, art deco, with the kind of plushy amenities you never really realized you were missing in your theater. Go up the staircase to the 21-and-up section, get the boozahol of your choice, and settle into the leather rocker recliners with armrests big enough for both you and your neighbor's arms.

I have this friend.

He's a grad student at an unnamed large university in the northeast, and he's known me since I was ... crap, let's not get into how long we've known each other.

Suffice it to say, somewhere in our teens, we discovered we were kindred spirits. For quite some time now, he's been sending me one-liner movie reviews on netflix, and my general reaction is usually a snort of laughter. I haven't done anything with the emails, but I haven't deleted them either. He has since agreed to let me repost some of his movie comments here, so I present the first installment in Matthew's Movie Notes...

Amy cheats on the top-ten-movies meme

Geof, I'm answering your meme, but I'm cheating in doing so. The request:

Cinematic snack: Revenge of the Sith

"This part always makes me panic, when I realize the sound's terrible and the film quality's bad, and I have to remind myself that these are just the commercials and the trailers, and that the quality of the actual movie will be much better." The darkened theatre swallowed most of my smile and nod, so I added a quick verbal acknowledgement.